CBRN is real threat are you prepared for it ?

Building Protection System, Inc. (BPSI) and Pragati Engineers of India join forces to offer the BPSI Next Generation CBRN Sentry One Family of Products, Air Purification System and other Mitigation Strategies to the Nation of India

The worldwide deadly infection of COVID-19 has drawn strong attention to what the possible outcome would be from a deliberate and targeted Chemical, Radiological or Biological attack.  This is the worst type of attack because the event would be intentional and deadly outcome would have no regard to Innocent Human Life whether young, elderly or medically challenged.

All over the world, the risk of hazardous Chemical Biological Radiological & Nuclear (CBRN) incidents in military or even civil scenarios is very real with potentially devastating consequences for people and the environment.

Army Chief General Bipin Rawat today said the threat of the use of Chemical, Biological, Radiological and Nuclear weapons, collectively termed as CBRN, was becoming a “reality”, particularly from “non-state actors”. “The threat of the use of CBRN weapons is indeed becoming a reality, particularly as a threat from non-state actors. Use of CBRN weapons could jeopardize life and property and take a long time to recover”, General Rawat said. 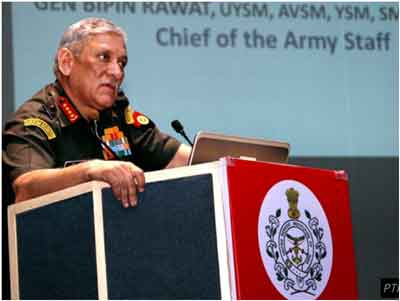 The CBRN Detection + UV Shield system can be assembled in any combination of choice.  Example: the overall solution can be focused strictly on a single vulnerability such as Chemical or it can be expanded to any quantity or detection type to a full spectrum of Chemical + Radiological + Biological + UV Shield and so on.  The overall solution can be integrated with New or Existing Building Management Systems and into any existing HVAC systems.

We bring together the CBRN detection system integrated with UV Shield which protects the lives of people from invisible threat of contaminated air. We can customize the CBRN detection system as per the requirement & integrate it with UV Shield, sensors can sense any Chemical Biological Radiological Nuclear warfare hazards present in the air & UV Shield improves the quality of air, kills the bacteria & gives you the high rate of reduction in overall infection rates.

Our Principals BPSI, USA have advanced next generation technology to detect and act  for various CBRN attacks, the product have achieved U.S department of Homeland Security SAFETY act designated technology. The company have firmly established its presence worldwide, We are the exclusive distributor and implementer in India based of our expertise, training and ability to design, engineering, installation, testing and commissioning and maintain such systems,  the company have various reference list few of them are enclosed below:-

Chemical Detection is based on Electrochemical sensor (EC) and is a mature technology and is the most rugged, reliable and trusted technology.

Radiological/Nuclear is a COTS based single instrument and provide Isotope identification in real time (Within 1-3 Seconds). The RAD has a library of over 120 nuclides and is field configuration for all listed Isotopes.

Biological The Biological Trigger Sensor (BTS) is a Laser Induced Fluorescence Biological Agent detector. Designed to detect material of a biological nature and of the correct particle size of Biological Weapon agents in less than 30seconds. The BTS has a default programming to trigger on the six(6) most prevalent biological agent signatures that a terrorist may obtain such as:  Anthrax, Botulism, plague, smallpox, Tularaemia and Viral Hemorrhagic Fever

Warfare Agent the Warfare Agent Module (WAM) is a module designed to additional safety to high value asset facilities and military applications. The WAM is “plug and play” and the following nerve agents are to be utilized in the WAM.

CBRN to be use at Hospitals, Airports, Ports, VVIP vehicles, VVIP buildings, Metros, Borders, Military and at any large gatherings.

If we take the example of metro, The installation differs based on the length of the Metro Transit Station Length. Due to the Piston Effect of the trains movement, the middle sensor is important, the middle sensor is important to sense the presence of toxins and to halt the trains to eliminate the toxins spreading to the next station via this Piston Effect.

The overall goal of Pragati Engineers is to offer cost effective systems and solutions comprised of the most advanced components with extensive operational track records along with approvals such as the US Homeland Security SAFETY Act and UL that seamlessly integrate into existing HVAC and Building Management Systems and do not produce ozone. Pragati Engineers customize and combine the different sensors into one complete packaged system solution along with integration into the Control Room with Video Walls or public announcement systems via AV Integration.