The Science of Earthquakes

An earthquake warning system is a system of accelerometers, communication, computers, and alarms that is devised for regional notification of a substantial earthquake while it is in progress.

As of 2013, Japan is the only country with a comprehensive nationwide earthquake early warning system. Other countries and regions have limited deployment of earthquake warning systems, including Taiwan and Mexico.

Zone – II: This is said to be the least active seismic zone. Parts of Maharashtra and Uttar Pradesh fall under this zone

Zone – III: It is included in the moderate seismic zone. Andaman and Nicobar Islands, parts of Kashmir, Western Himalayas fall under this zone.

Zone – IV: This is considered to be the high seismic zone. Delhi, Jammu and Kashmir fall under this zone

Zone – V: It is the highest seismic zone. The region of Kashmir, the western and central Himalayas, North Bihar, the North-East Indian region and the Rann of Kutch fall in this zone.

The Indian subcontinent has a history of earthquakes. The reason for the high frequency and intensity of earthquakes is the Indian plate driving into Asia at a rate of approximately 49 mm/year.

India also has a long list of earthquakes. The Seismic Zone V and IV are most vulnerable to earthquakes, the following are some of the major  Earthquakes in India:- 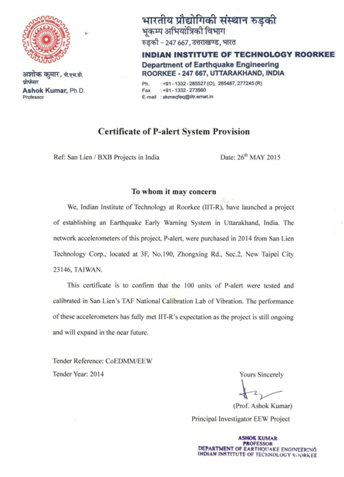